It is that time of year again. We want to show prospective students what bio-computing at Newcastle University can lead to. So our every increasing list of gadgets made of Spikerboxes, Arduino, tens machines and robotic hands were on display again. We featured Dale’s Flappy-bird-spikerbox-interface again and with that, I think, we managed to attract significantly more volunteers than in the past. We hadto convince everyone, first, that driving Flappy does not involve any shocks from a tens machine and then we had at least one or two volunteers from each of the groups that visited us. As usual, Martin Emms, shared our demo space to scare the living daylights out of everybody with his security demo that shows what those horrible criminals can do with your credit card. 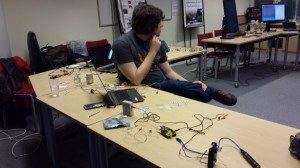 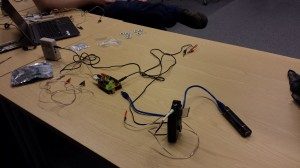 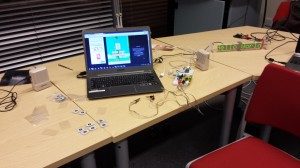 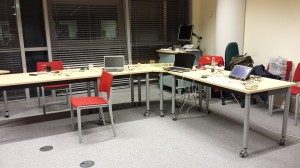 Starting from the left: Human-Human interface, Human-FlappyBird interface, Spikerbox-servo-motor interface, just a spikerbox and then the useless machine on the far right to keep us entertained while waiting.. 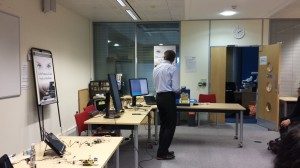 Martin with his security demo. 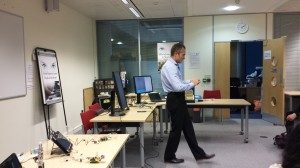