12 April 2014: Getting on your nerves. Neuroscience for Everyone.

The plan was to have a Spikerbox building workshop on the 12th of April, but I couldn’t get enough people in time to run the workshop. Rather than doing nothing I thought I’ll have another two hour session where a few people can just get some hands on experience with the Spikerboxes.

Two uni students and two little dudes who turned up for the session. I put the students to work on the dual channel Spikerbox with a couple of earthworms. But, it seems, there are still some wrinkles to sort out with this experiment. For the moment I think it has something to do with the data cable.

The two smaller dudes had more success. They were able to see and listen to their own nerves at work and going by their facial expressions I think they found it as fascinating as I still do! 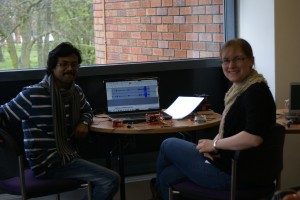 Pradeep and Frances having a go with the dual channel Spikerbox and the earthworms. 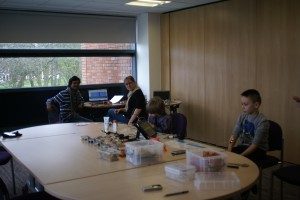 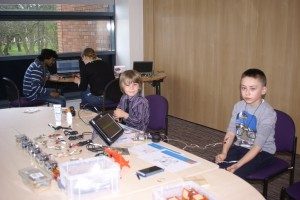 Spikerbox activities to try out. 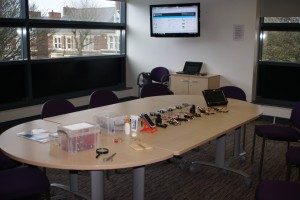 Ready for lots of people but only 4 showed up. We need more advertising!
Tags: neuroscience electronics